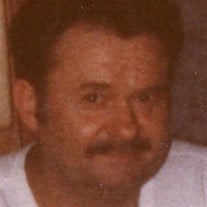 Robert Lee “Bobby” Looper, 74 of Point Cedar, Arkansas passed away August 26, 2016 after a long battle with Alzheimer’s. He was born March 1, 1942 in Point Cedar to Hollis Lee Looper and Helen Hunt Looper who preceded him in death. He was a painter in the industry for over 20 years, but his main focus was his family and spreading the word of God. He is survived by his loving wife of 54 years, Shirlene Tankersley Looper; three sons, Timmy, Terry, Tommy (Sherry); his grandchildren; Aaron, Ashley, Alex, Josh, Sherrie, Adrian; four great grandchildren; Lee Ann, Dixie, Luke, Destiny and a new life on the way; two brothers, one sister and many extended family and friends. Daddy loved to fish so it was only natural that he became a fishers of men. Alzheimer’s never took away his love for God or his love for his family. A Memorial service will be held at 10:00 A.M. Saturday, September 17, 2016 at Oak Bower Church, Bismarck, Arkansas with Tim Looper officiating.

The family of Robert Bobby Looper created this Life Tributes page to make it easy to share your memories.