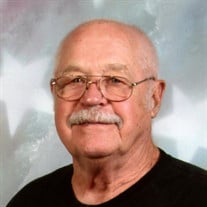 The family of Robert Lloyd "Bob" Watson created this Life Tributes page to make it easy to share your memories.

Born in Sugargrove, PA, Bob was predeceased by his father Harry...