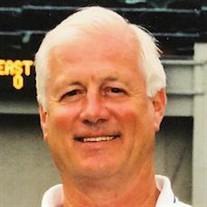 Richard “Bubba” Payton, of Hot Springs, passed away on July 4th, 2018. Bubba was born to Joe and Susie Payton on July 26, 1945. He was named National Boy’s Club “Boy of the Year” in 1959. He graduated from Hot Springs High in 1963 and went on to get his masters degree from Arkansas Tech in Russellville. He also lettered in basketball, track, and bowling during his tenure at ATU. Bubba coached basketball, football, track, and golf at Osceola, Manila, and Lakeside before settling at Lake Hamilton in 1978. In 1985, Bubba became the school’s first Director of Athletics, the title he held until his retirement in 2007. Like his childhood, over the course of his career, Coach Payton achieved many honors, including National Athletic Director of the Year, Arkansas Athletic Director of the Year, and he was inducted into the AHSAAA Hall of Fame in 2009. Bubba is preceded in death by his mother, Susie, his father, Joe, and his brother, Ronnie. He is survived by his wife, Glenna Payton, his son, Brandon Payton (Kelsey Payton), daughters Tracey Halligan (Pat Halligan) and Lisa Whited, and grandchildren Shea Halligan, Meagan Weddle, Skyler Hebert, Stormie Smith and Jazmine Payton. A memorial service will be held on Sunday, July 8th, at 4 pm at Wolf Arena on the campus of Lake Hamilton High school. Located at 280 Wolf Street, Pearcy, AR 71964.

The family of Richard "Bubba" Payton created this Life Tributes page to make it easy to share your memories.