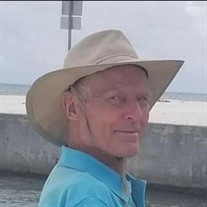 Our sweet job Peter Henning AKA ( papa) father, grandfather, husband great-grandfather and all around one of the most intelligent, funny, and mischievous man I had the pleasure of calling my dad! You took three deep breaths, looked at us and passed peacefully into the arms of our heavenly father! The funeral will be at Hot Springs Funeral Home on February 26th at 2:00 PM. My father was born June 8th 1933 and grew up in Berlin Germany and was under the Nazi regime, spent ten years starving, lived under the Communist Regime during that time and witnessed horrific acts of violence against people oh, he found his maker in a jail because he had helped some friends escaped into free East Berlin. He came to know his maker and a very very real way, his parents named him a very Christian name and he'd only heard about God once. He managed to finally Escape into West Berlin where he grew 6 inched in 1 year cuz he was able to have three meals a day. He eventually was sponsored by an American family out of Boston and came over the day before Thanksgiving in 1955. Papa was always grateful to be alive he was very loving he was always quick to share his knowledge about his history and how Coming to America was about the land of opportunity and freedom which he had not had a whole lot of in Germany for the better part of his life. My father joined the American Army to gain his citizenship. He was very proud to serve for his country. He served in Korea and a second time about 2 years later. He eventually married my mother Martha Reynolds, he gained two daughters and had two sons and one more daughter. He has 17 grandchildren and 19 great-grandchildren. My dad became a health nut when being health nut was not cool, that was in his late twenties he continued his entire life to seek his knowledge of health and nutrition. He had quite a hand at raising many a garden and he raised the most massive of vegetables. Okay, There are so many memories I don't know where to begin. All I can say is some of my Fondest Memories was playing in the sandbox when I was a little girl waiting for my father to come home, he taught me how to tie my shoes play chess and checkers and so many other wonderful things in life. I am Overjoyed that you are free from suffering, and I are heavenly father says Well done thy good and faithful servant. Today I celebrate my Dad's passing! And I look forward one day to seeing you and Mom again! My dad also passed just a little over six months after my mom.

Our sweet job Peter Henning AKA ( papa) father, grandfather, husband great-grandfather and all around one of the most intelligent, funny, and mischievous man I had the pleasure of calling my dad! You took three deep breaths, looked at us and... View Obituary & Service Information

The family of Peter Henning created this Life Tributes page to make it easy to share your memories.