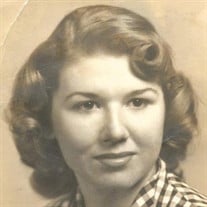 Norma June passed from this world and entered God’s heavenly kingdom on March 19th, 2021 at the age of 86. She passed peacefully at home under the primary care of her daughter Melinda and great grandson Damien, with the aid and assistance of caring hospice workers. Norma was born 04/04/1934 in Hollandale, Mississippi. As a child growing up she would be put on a train alone and travel 180 miles to Macon, Ms. to spend summers with grandparents. She had a great love for horses and while there was known to sneak out at night and pull one of their horses up to a fence in order to scale it and mount the horse bareback and go riding at night. She went on to attend Riverside High. On 08/11/1951 in Greenville, MS she married Maylon Spivey and shortly thereafter they moved to San Diego, CA as Maylon had joined the Navy and was posted to Coronado Naval Base. After he left the service they moved back to MS living primarily in the Greenville area before moving to Vickburg, MS for a brief time. In 1962 they moved to Hot Springs and she was a stay at home mom for their fast growing family. In 1967 she received her Cosmetologist liscense and worked in a beauty salon for about a year. Shortly thereafter she began working for Cordell Tackle Company. In 1972 she and Maylon divorced and in 1974 she returned to Vicksburg where she worked for GNB making battery housings for automobiles and boats until her retirement in 1997. Upon retirement she moved back to Hot Springs and reconciled with her husband Maylon and enjoyed her life at home. She now had time to enjoy her children and grandchildren, to read the many western novels she accumulated and spend countless hours of card playing with Maylon. While a very private person she was a very loving mother and grandmother. It was she who instilled the respect for all people regardless of race, religion or creed into her children. She was predeceased by her Husband Maylon; Parents Carrie and Chester; Her brother, David; Her sister, Shirley Davis. She is survived by her sister Billie Harris; her loving children -daughter, Melinda Spivey; sons Mitch, Mike and Steve Spivey, all of Hot Springs, AR; She was also blessed with 4 Grandchildren and 5 Step Grandchildren; 7 Great Grandchildren and 13 Step Grandchildren, as well as 2 Great Great Grandchildren. Graveside services will be held at 10:00am Saturday the 27th, 2021 at Memorial Gardens Cemetery Airport Rd/Hwy 70 W.

Norma June passed from this world and entered God&#8217;s heavenly kingdom on March 19th, 2021 at the age of 86. She passed peacefully at home under the primary care of her daughter Melinda and great grandson Damien, with the aid and assistance... View Obituary & Service Information

The family of Norma June Spivey created this Life Tributes page to make it easy to share your memories.

Norma June passed from this world and entered God’s heavenly...