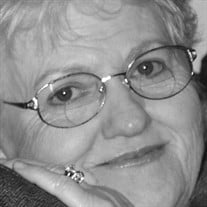 Melba Rae Mills Beavers passed away on December 28, 2016. She was an only child, born on July 27, 1931 to Oscar Waldron Mills and Minnie Mae Johnson Mills in San Antonio, Texas. Even as a child, Melba Rae was selfless, kind and giving. Working her way through boarding school, beginning in grade school, at Incarnate Word Academy in Houston, Texas, she continued on to graduate high school from Incarnate Word. After graduating, she traveled to Hot Springs to attend St. Joseph’s School of Nursing, graduating in 1953. During this time, she also met the love of her life, Kenneth Beavers. They married at Grand Avenue Methodist Church on December 5, 1953. Kenneth and Melba Rae shared 63 years of life together - and live, they did! Their love for each other has been an inspiration for the generations of family they began. Her nursing career actually began while she was still in training at St. Joes when Dr. Thomas Durham took her under his wing and hired her as his main nursing assistant in all his surgeries. After the birth of Ken Jr., she worked for Dr. Joe Rosenzweig for several years, then Ouachita Memorial Hospital where she served as ER Supervisor, then later as the hospital’s Nursing Supervisor. While she was working, she went back to school and received several Associate Degrees and a Bachelor of Arts Degree. After many years at Ouachita, she made the decision to move to Levi Hospital where she was the Quality Assurance Supervisor until 1987, when she retired from Nursing. Melba Rae was predeceased by her parents and her grandson, Kevin Marlin Crites. Left to cherish her memory are her most treasured: her beloved husband, Kenneth and their children, Karen Lou Beavers Bolton, Kenneth Marlin. “Ken” Beavers, Jr. and wife, Chun Hi, Robin Kay Beavers Christensen and her husband, Scott (her favorite son-in-law); her grandchildren, Brian Keith Crites and Kenneth “Ray” Crites, Kenneth Marlin “Kenny” Beavers, III, Sarah Mae Beavers, Jacob Vaughan “Jake” Christensen, Adam Wyatt Christensen; 11 great grandchildren; Brother and Sister-in-law, Eugene and Louise Beavers and their children, Gary and wife Elizabeth, Wanda and husband John, and Lori and husband Jay; Nephew, Ray Beavers and wife Jodi. Visitation will be held at Hot Springs Funeral Home on Tuesday, January 3, 2017, from 10:00 a.m. to 12:00 p.m. with funeral services to follow at 12:00 p.m. with Pastor Mike Smith officiating. Pallbearers will be Scott Christensen, Ray Crites, Brian Crites, Jake Christensen, Adam Christensen and Larry Hankins. Honorary pallbearers are Bill Akins, David Nichols, Dr. Ken Cook and Eddie Steadman. Memorials may be made to Hot Springs Baptist Church, 144 Weston Road, Hot Springs, Arkansas 71913 or to Incarnate Word Academy, 609 Crawford Street, Houston, Texas 77002.

Melba Rae Mills Beavers passed away on December 28, 2016. She was an only child, born on July 27, 1931 to Oscar Waldron Mills and Minnie Mae Johnson Mills in San Antonio, Texas. Even as a child, Melba Rae was selfless, kind and giving. Working... View Obituary & Service Information

The family of Melba Rae Beavers created this Life Tributes page to make it easy to share your memories.