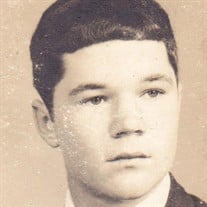 Larry Wayne Gunter was the youngest son of Carl Thomas Gunter and Jamie Ruth (Burton) Gunter born on November 16, 1949 in Fort Smith, Arkansas. He is preceded in death by his mother, father, and brother, Thomas Carl Gunter, II. Larry passed away after a lengthy battle with throat cancer. He was a 1968 graduate from Sylvan Hills High School, a US Marine Corps Vietnam Veteran, a member of the Shriner’s Masonic Lodge and Garland County Historical Society, and worked the majority of his life in retail management with Magic Mart, then Skaggs Alpha Beta / Albertsons. In his later years he worked side-by-side with his only son, supporting his repossession business and relocating to Bozeman, Montana for a summer to enjoy his family, grandchildren, nieces and nephews. During his retirement years, he resided in Hot Springs, Arkansas, surrounded by his favorite childhood memories of skiing each summer on Lake Hamilton with his family and friends. “Pops,” as he was lovingly referred to by his grandchildren, surrounded himself with a wealth of history that established the Spa City as a gambling and gangster mecca during the Prohibition Era and early 1920’s. Pops could tell you a story or two about Al Capone and every establishment he frequented in the great Spa City. A lover of all-things historical, it was an everyday occurrence for him to frequent hot spots on the Central Avenue strip, to visit Bath House Row, both Majestic and Arlington Hotels, and retrace the steps of baseball giants along the Historic Baseball Trail. Dad walked 4-6 miles daily along the paths and trails of historic downtown Hot Springs. It was easier to locate him on one of these beaten paths than by telephone. Dad held dear many books on Native American Indians in the region and spoke often of the healing powers of the thermal waters of Hot Springs, Arkansas. He enjoyed telling us stories about the Valley of the Vapors and sharing everything he had learned about the area he held so dear to his heart. We cherish these moments, always. Dad is survived by his son, Shane Patrick Gunter and Robyn Gunter (Spouse), daughter, Connie Marie Gunter and Christina Leisenring (Spouse), grandchildren, Steven, Tyler, and Kaytelyn, and two great grandchildren, Isaiah and Hadleigh. To respect his wishes, he will be cremated and his ashes dispersed, accordingly. Donations can be made in Memory of Larry Wayne Gunter to the Garland County Historical Society at Post Office Box 21335, Hot Springs, Arkansas 71903-1335

The family of Larry Wayne Gunter created this Life Tributes page to make it easy to share your memories.