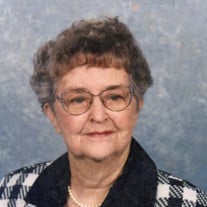 Juanita Putnam Sloma, 102 years old, of Hot Springs Village passed away Tuesday, April 10, 2018. She was born May 18, 1915 in Honolulu, Hawaii to John William Bains and Jean Allen Jeffrey Bains. She was a member of the Class of 1932, the first graduating class at Roosevelt High School. In her senior year, she won the Territorial Oratorical contest after competing against high school students from all the Hawaiian Islands. She traveled to Los Angeles for the national finals and finished in 5th place. Summer employment included working at the Dole Pineapple cannery and typing the manuscript for a book by Beatrice Ayer Patton, wife of then Lt. Col. George S. Patton, who was stationed in Hawaii at that time. Nita attended the University of Hawaii and Honolulu Business College. While at the university, she was on the varsity women’s swim team, and 1933 she and her relay partners won gold medals awarded by the AAU. Nita was employed in the advertising department of Radio Station KGU and by the Territory of Hawaii as a shorthand reporter, tax auditor and secretary to the Tax Commissioner. Her home in Hawaii looked down on Waikiki Beach and the Pearl Harbor area so she was able to view first-hand the destruction that took place in Pearl Harbor on December 7th 1941. Nita left Hawaii after the war in 1948 with her two daughters. Nita married Calvin Sloma and settled in Texas in 1954. Employed as an executive secretary for Union Texas Natural Gas, she left this position to move to the country with their son, Jerry. To fill the void left after an interesting business career, Nita studied to become a flower show judge, which included growing, exhibiting, lecturing, and judging horticulture exhibits and artistic designs. Nita grew her fern specimens form spores and had a greenhouse filled with unusual ferns, begonias, and tropical plants. Nita said the most difficult part about moving to the Village was leaving her plants – she called them her “joys”. Nita was a Master Flower Judge Emeritus and a life member of State Garden Clubs, life member of the Arkansas Federation of Garden Clubs, life member of Texas Garden Clubs, Inc., and honorary life member of the Texas Congress of Parents and Teachers, and held memberships in other organizations including the Happy Hookers Crochet Club in Hot Springs Village. She is predeceased by her parents; her daughter, Virginia Cherry; two sisters, Jean Bains and Manono Sander; her brothers, John Bains and Jeffrey Bains. Survivors include her husband of 64 years, Calvin Lou Sloma; their son, Jerry Sloma; her daughter, Jean Krause; her brother, Bill Bains-Jordan; five grandchildren; seven great grandchildren; many nieces and nephews. Visitation will be 1:00 to 3:00 PM Sunday April 15th at Hot Springs Funeral Home. Graveside services will be 10:00 AM Monday April 16th at CedarVale Cemetery officiated by the Reverend Bill Bailey of Kirk in the Pines Presbyterian Church in Hot Springs Village, where Nita and Cal have been members for 33 years. Pallbearers are Jim Adams, Rick Federick, Norm Martin, Clark Mowry, Randy Toney and Denny Zymboly.

Juanita Putnam Sloma, 102 years old, of Hot Springs Village passed away Tuesday, April 10, 2018. She was born May 18, 1915 in Honolulu, Hawaii to John William Bains and Jean Allen Jeffrey Bains. She was a member of the Class of 1932, the first... View Obituary & Service Information

The family of Juanita Putnam Sloma created this Life Tributes page to make it easy to share your memories.