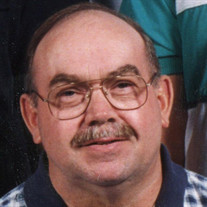 James Edward Turner, Sr. 69, of Hot Springs passed away, Tuesday, January 24, 2017. He was born September 27, 1947 in Mt. Pine, Arkansas to the late Edward and Lillian Turner. He retired from C.J. Horner and was of Pentecostal Faith. He is... View Obituary & Service Information

The family of James Edward Turner Sr. created this Life Tributes page to make it easy to share your memories.