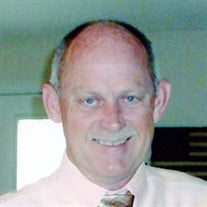 James Robert McIntosh, 63, of Hot Springs on Sunday, April 7th, 2019 the Lord came to take him home-no more suffering-no more pain. Coach Mac was an educator and coach at Lake Hamilton School for 34 years and after his retirement, he worked part-time in sales at Lowe’s and he attended Hot Springs Baptist Church. During his battle against stage four bladder cancer, he showed courage, strength, dignity and respect for all who reached out in support. Bob was a powerful, earthly soldier that strived daily to impact lives of others. He had a passionate commitment to teaching and learning and a genuine love of people. He was mentor and life coach to many. His legacy is an amazing testament of God’s kindness and generosity. To insure his legacy continues, his body has been donated to the Genesis Medical Education and Research Institute in Memphis, TN. His commitment to finding a cure and helping others live on through these advanced scientific studies. He was preceded in death by his parents, Clyde T. and Winnie Marie McIntosh, one brother, Charles Wayne McIntosh and one sister, Betty Mangrum. Survivors include his wife, Charlotte (Charlie) McIntosh of Hot Springs, one daughter, Tiah (Mike) Frazier of North Little Rock, three grandchildren, Jessica (James) Kotarek of Sherwood, Kylie (Edgar) Andrade of Hawaii and Justin James Frazier of North Little Rock, three great-grandchildren, Kenzie and Karter Kotarek and Edgar Andrade III, two sisters, Laverne (Rick) Guy of Hot Springs and Linda Roberts of Greneda, MS, two brothers, Gene (Melba) McIntosh of North Little Rock and Roy (Susan) McIntosh of Bono, Arkansas, a brother-in-law and sister-in-law, John and Barbara Dale of Hot Springs, a sister-in-law, Jeanne Withem of Tuscon, AZ And numerous nieces, nephews and cousins along with a multitude of bonus children and prayer warriors. Memorial services will be Saturday at 2:00 PM at Hot Springs Baptist Church. In lieu of flowers, donations can be made to the Legacy Fund for Coach Mac at Malvern National Bank in Hot Springs.

James Robert McIntosh, 63, of Hot Springs on Sunday, April 7th, 2019 the Lord came to take him home-no more suffering-no more pain. Coach Mac was an educator and coach at Lake Hamilton School for 34 years and after his retirement, he worked... View Obituary & Service Information

The family of James Robert McIntosh created this Life Tributes page to make it easy to share your memories.