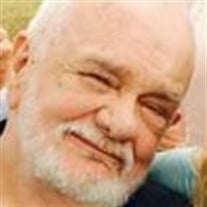 Harvey John Clinton, 78, of Hot Springs passed away, Sunday, March 11, 2018. He was born January 31, 1940 in Wilmington, DE to the late Harvey & Dorothy Kreggenwinkle Clinton. He was owner of the Frontier Club; a Navy veteran and of the Catholic... View Obituary & Service Information

The family of Harvey John Clinton created this Life Tributes page to make it easy to share your memories.