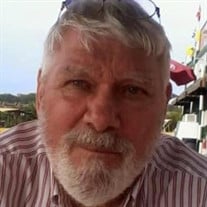 Harold “Butch” Davis, 75, of Hot Springs went to be with his Lord on Monday, August 16, 2021. He was born on March 18, 1946 in Hot Springs to the late Roscoe and Marie Lackey Davis. He was a member of Vista Heights Baptist Church and was an educator with the Hot Springs School District, he was a former boys and girls basketball coach at Poyen and Carthage School systems, then when he moved back to Hot Springs he taught history at the Alternative School until his retirement. He also was a longtime employee of Lowe’s. During the 70’s and 80’ he owned Sivad Construction Incorporated. He served one term as a commissioner on the Garland County Election Commission. He also coached American Legion Baseball at the former Boy’s Club. He was predeceased by his parents, his mother-in-law, Mary Wheeler, brother-in-law, Louie Loetsher and father-in-law, Charles Wheeler. Survivors include his loving wife of 43 years, Karen Davis of Hot Springs, one son P. Brad Davis and family of Dallas, Texas, one daughter, Janna Kay Haik and family on Houston, Texas, sister, Martha Davis Coble of Hot Springs, sister-in-law, Sharon Wheeler Loetscher and family, one grandchild, Jessica Davis and several nieces and nephews. Visitation will be Friday from 9:30 A.M. until service time. Celebration of his life will be Friday at 10:30 A.M. at the Vista Heights Baptist Church with Pastor Wayne Murphree officiating. Burial will be in Crestlawn Memorial Park in Conway at 3:00 P.M. Friday.

The family of Harold "Butch" Davis created this Life Tributes page to make it easy to share your memories.