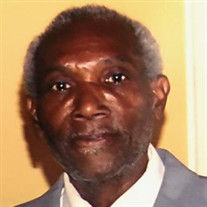 Frank Woodfork departed this life on Tuesday February 11, 2020 at National Park medical Hospital. He was the Fifth son of Thirteen children, born September 17, 1945 to the union of Climmie and Allie Woodfork. He accepted Christ at an early... View Obituary & Service Information

The family of Frank Woodfork created this Life Tributes page to make it easy to share your memories.