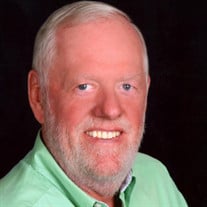 Donald Lee Felgate, Sr., 71, passed away on June 13, 2020. He was a resident of Hot Springs, Arkansas, formerly of North Little Rock, Arkansas and Festus, Missouri. Don was born in St. Louis, Missouri on July 21, 1948, to John Jackson Felgate, Jr. and Myrtylla “Babe” Felgate. He graduated from Festus High School and later served in the United States Navy. Don met Geraldine (Gerry) Terbrock, the love of his life, on a blind date at an Italian restaurant in St. Louis, Missouri. They enjoyed picnics and boat rides together on the mighty Mississippi during their courtship. He and Geraldine were married on September 3, 1972, and a few years later moved to Arkansas where he became a businessman. He was founder and president of Felgate Enterprises, which consisted of the businesses Little Rock Apparel, Unique Fashions, Puffs $12 Zoo, The Warehouse Company, Puffs Warehouse and J&J Motors. Don loved to work hard, laugh, love and live life to the fullest. Don was a founding investor, developer and owner of Hot Springs ORV Park, which was his passion. He enjoyed being a trail guide for new and experienced off-road enthusiasts during the Jeep Jamboree and other events held at the park. Many weekends Don could be found RV camping at the park, enjoying the great outdoors with family and friends. He took a lot of pride and enjoyment observing park activities, meeting new people and seeing different rigs come in from all over the country to utilize the park. Don was a skilled and experienced off-roader who could drive a semi stock Jeep Cherokee, TJ or RZR wherever he wished to go, even on advanced trails. He could flat out tear up jack with a modified Jeep. Don’s passion and abilities would catch the attention of other off-roaders and they would stop to watch him in amazement. He enjoyed sharing his off-road knowledge with others, especially his sons, sons' friends and grandkids. He did not just have his sons, grandsons and granddaughters on the trails, but occasionally had his wife and daughters-in-law in the middle of some of the off-roading excitement and activities. Don truly enjoyed spending time with his family and friends doing what he loved. Family, fun and making memories were all very important to him. If Don was not in a Jeep, he was in a fast car or boat smiling from ear to ear with the wind blowing through his hair. In his younger years, he kept a collection of cars and boats that was second to none. Don truly believed “FAST IS FUN!” When he decided to slow down a little, he traveled the country with his wife in their RV taking in all of God’s beauty. Don was preceded in death by his parents, Myrtylla & John Felgate; niece, Angela Felgate Whitson; sister-in-law, Brenda Felgate; brother-in-law, Randy Faries; nephew, Kevin Terbrock; special friends, Larry Gilliam and George Ginsburg. He is survived by his wife of 47 years, Geraldine Felgate; three sons, Donnie Felgate, John Felgate and wife, Jennifer Felgate, Andrew Felgate and wife, Julie Felgate, all of Hot Springs; six grandchildren, Ashlyn Felgate, of Sherwood, McKenzie Felgate, of Little Rock, Ellison Felgate, Joshua Felgate, Payson Felgate and Eli Felgate, all of Hot Springs; three siblings, Gerri Much and husband, Reece Much, of Hot Springs, Wayne Felgate and wife, Sharon Felgate, of DeLand, Florida and Sherree Faries Fite, of Festus, Missouri; in-laws, Bob and Betty Terbrock, of St. Peters, Missouri; numerous brothers-in-law, sisters-in-law, nieces, nephews, great-nieces and great-nephews. A memorial and life celebration will take place at a later date at the Hot Springs ORV Park

The family of Donald Lee Felgate created this Life Tributes page to make it easy to share your memories.