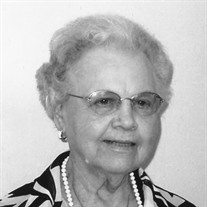 Dixie H. Wilson, 101, of Hot Springs, Arkansas, formerly of Stamps, received her resurrection birth April 11, 2017 in Hot Springs. She began her earthly journey July 21, 1915, in Bradley, Arkansas, the daughter of David Dickson Hamiter and Aletha Barker Hamiter. She received her primary and secondary education in Bradley and was a graduate of what is presently Texas A & M at Commerce, formerly East Texas State University. In 1939, while teaching at Bearden, Arkansas, she met and married Irvin Wilson, a coach in the same school system. Soon after marriage, they moved to Texas where both were involved in education. In 1967, they returned to Arkansas and lived in Stamps. Irvin Wilson died in 1984. Vocationally, she was a first and second grade school teacher, a vocation she enjoyed in Texas and Arkansas. She was also a lifelong United Methodist who took her faith seriously and inspired countless persons. In September 2006 she moved to Hot Springs and lived at Country Club Village. She enjoyed playing various card games with friends. Soon after moving, she joined First United Methodist Church in Hot Springs and remained a member there until her death. In early 2016, she moved to Garrett Woods, an assisted living facility, in Hot Springs. Dixie H. Wilson was predeceased by her parents; husband; a son, Neal Edwin Wilson; a grandson, Colby Lee Wilson; and siblings, Alita Dickerson, Hortense Cochran, Annie Gonzales, David Dickson Hamiter, Jr., John Garland Hamiter, Ernest Jewel Hamiter, and several nieces and nephews. She is survived by three children and their spouses, David B. and Carolyn Wilson of Hot Springs, Sandra Kay and Orby Brooks of Amarillo, Texas, Ronald I. and Kathy Wilson of The Woodlands, Texas; a daughter-in-law, Donna Sue Wilson of Gainesville, Texas; 9 grandchildren; 13 great-grandchildren; and a number of nieces and nephews. A service to celebrate her life and resurrection will be at the Clegg Chapel at First United Methodist Church, Magnolia, Arkansas, on Friday afternoon, April 14 at 2:00. The interment service will be at the Memorial Park Cemetery in Magnolia prior to the memorial service at the church. Grandsons and great-grandsons will serve as pallbearers. Her children are grateful for the excellent care their Mother received at Country Club Village, Garrett Woods and Arkansas Hospice. In lieu of flowers, memorials may be made to First United Methodist Church, 1100 Central Avenue, Hot Springs, AR 71901; The Caring Place, 101 Quapaw, Hot Springs, AR 71901; or First United Methodist Church, P. 0. Box 366, Stamps, AR 71860.

The family of Dixie H. Wilson created this Life Tributes page to make it easy to share your memories.