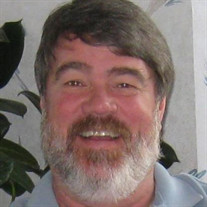 David “Dave” Henderson, 67, of Hot Springs passed away January 26, 2021. He was born October 24, 1953 in Champaign, IL to the late Lehmann “Doc” and Ruth Henderson. Dave helped start the family business, Service Liquor & Wines, in 1978, and became the general manager in 1985. He and his wife, Sherry, purchased the business from his parents in 1998, and grew it into one of the most successful package stores in Arkansas. Dave was one of the kindest and most generous friends to all who knew him. He went out of his way to do special things for his friends and family. He was most proud of being a father to his two daughters, Brittany and Krista. He was a big fan of the Chicago Bears, Cubs, and the only “real” Hummer, the H1. Dave enjoyed playing golf, spending time on Lake Ouachita, and was an avid hunter. He enjoyed annual pheasant hunts in South Dakota and spent over 30 years as a member of the Pine Bluff Hunting Club. He is preceded in death by his parents and wife Sherry Henderson. Survivors include his daughters; Brittany (JB Skinner) Henderson of Cabot, AR and Krista Henderson of Jonesboro, AR, brothers; Richard (Cathy) Henderson of Chapel Hill, NC, and Scott (Cherie) Henderson of Monroe, LA, sister; Kathy (Jos) Giezeman of Denver, CO, and grandchild; Aria Nichole Henderson, and mother-in-law, Mary Barbar of Hot Springs, AR. A visitation will be from 4:00 PM to 7:00 PM Saturday at Hot Springs Funeral Home. The family would like to say a special thank you to Don and Mari Simmons and Larry and Cheryl Jackson. Due to Covid-19 social distancing will be practiced and a face covering is required.

The family of David Henderson created this Life Tributes page to make it easy to share your memories.