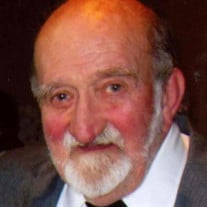 Charles Owen Wilkison, age 82, died on December 13, 2018, at Saline Memorial Hospital in Benton, AR. Charlie was born December 3, 1936, in Puxico, Missouri, to Helen Voelker Wilkison and William O. Wilkison. Charlie was born a military man and joined the U.S. Marine Corps in 1953. In 1957, he found and married his wife of 62 years, Michi Sato. He served the Corps for 27 years, including three tours of duty in Vietnam and was highly decorated. In retirement, Charlie continued his faithful service to the military by joining the Veterans of Foreign Wars and by serving in 1995 as Commander, Department of Arkansas. Up until his death, he was active in the VFW and served in the Honor Guard. He was preceded in death by his parents and by his brother, Thomas Wallae Wilkison. He is survived by his sister, Wanda Otto; his wife, Michi, whom he affectionately called Oba; his son, William (Suzanne); his daughter Lisa; five grandchildren, David Gleeson (Julia), Kristin Baker (Jacob), Samantha Wilkison, Andrew Wilkison and Charlotte Wilkison, and two great-grandchildren, Nolan Baker and Riley Gleeson. Charlie, who was known as “Toe” by his family, will be remembered for his deep love of his country and for his family. Visitation will be on December 20 from 5-7 and a funeral service will be held Friday, December 21, at 10:00am, both at Hot Springs Funeral Home. Graveside service to follow at Arkansas State Veterans Cemetery in North Little Rock at 1:00pm with military honors by the U.S. Marines. There will be a light reception immediately following at the Jacksonville VFW Post 4548 on Old Hwy 67. The Wilkison family wishes to extend its gratitude to Charlie’s friends and comrades at the VFW and staff at Saline Memorial Hospital for their attentiveness and loving care. In lieu of flowers, memorials may be made in Charlie’s name to The Thaddaus Carraway VFW Post 2278 Honor Guard.

The family of Charles "Charlie" Wilkison created this Life Tributes page to make it easy to share your memories.