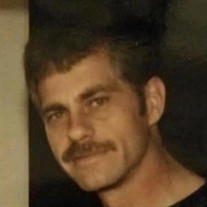 Charles Michael Swinford (Mike), age 69, passed away Saturday, August 17, 2019 at St. Vincent Hospital in Hot Springs, Ar. Mike was born and raised in Dallas, Texas to the late Charles Edward Swinford and Delma Sue Swinford (Osteen). Mike lived most of his life in Hot Springs as he had to escape the sweltering concrete of Dallas. Prior to moving to Hot Springs, he had a brief period of escape to Durango, Colorado in the early 70s that no one in the family really knows anything about, but we all speculate since we’ve seen some pictures. Mike lived life his way at all cost. He loved cheap beer and cheap cigars. He even wore cheap clothes and drove cheap cars. Mike was fond of the ladies but didn’t like them well enough to stay married to them. As one ex wife proclaimed; “Mike was a harborer of lost souls”; indeed he was, as many of his “friends” were soulless. Mike was a hard worker, very smart, had a gift of gab, and loved helping people when they were down and out. He’s going to be missed, and not by many, but by enough to matter. He worked his whole life serving people and was good at it when he wanted to be. Mike worked for the man most of his life, but was also a small business owner for several years in Hot Springs, AR. For a time, he owned a liquor store, but ran out of product. Mike leaves behind three children, son Chase Swinford (Vicki) of Dallas, Texas, daughter Erin Hampton (Kevin) of Hot Springs, Arkansas and a son, Justin Swinford (Michelle) of North Little Rock, Arkansas and a host of grand-children. Mike leaves behind one sister, Debbye Swinford and one niece, Michelle Smith (Kevin) both of Dallas, Texas. Mike is preceded in death by both parents, and one brother, Jerry Swinford, also of Dallas, Texas. We’re going to spread his ashes on his property like he wanted and remember the good times. Come and join us, we’re liable to have some cheap beer. All are welcome. In lieu of flowers or food, just help somebody that needs it.

The family of Charles Michael Swinford created this Life Tributes page to make it easy to share your memories.