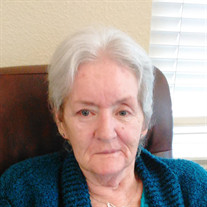 Brigitte Josaphine Szel, 72, of Story passed away Wednesday July 13, 2016. She was born December 5, 1943 in Germany. Brigitte was an executive secretary for Rainbow Bread Company for many years. She had a love for animals that extended from... View Obituary & Service Information

The family of Brigitte Josaphine Szel created this Life Tributes page to make it easy to share your memories.