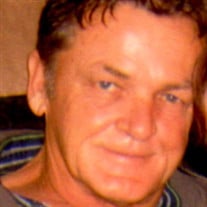 Billy Wayne Morris, 72, of Hot Springs, Arkansas went to be with his Heavenly Father Tuesday January 19, 2021. He was born January 8, 1949 in Torch, Missouri to the late Virgie Collins Morris and King Ethridge Morris. He was predeceased by his parents; his beloved wife, Rexann Thomas Morris; one daughter, Carrie Morris; two brothers, Kenny Morris and Jack Morris; and one sister, Betty Henry. He is survived by his granddaughters Haley Langston; his grandson, Justin Hamilton; two sisters, Mildred (Chi-Chi) Peterson and Jennie Green; two brothers, Tommy Morris and Bobby Morris; two sons, Philip Posey and Chris Posey; and one daughter, Deann Thomas. Billy was a man of Christian faith. He was a committed family man, a faithful loving husband and a nurturing father and grandfather. He was a man who was liked by all who knew him. He was a son who massaged his mother’s feet and a brother who was loving and supportive. His little sister, whom he called Chi-Chi, said that when she was a child he was her “guardian”. He was a hardworking man and a good provider to his family. As a boy he started working as a migrant farmer. As he grew into manhood he continued to work hard. He enjoyed being busy. He was skilled at maintenance, mechanics and carpentry. He could repair almost anything and took joy in doing so. He worked for Compact Computer in Tomball, Texas and Kroger in Houston, Texas. He put up telecommunication towers all throughout America and the Bahamas. He was a kind man and he was an honest man. He also loved to tell a good joke. He will be missed by family and friends, but we know he lives on in our memories, our hearts and in the “House of the Lord forever”.

Billy Wayne Morris, 72, of Hot Springs, Arkansas went to be with his Heavenly Father Tuesday January 19, 2021. He was born January 8, 1949 in Torch, Missouri to the late Virgie Collins Morris and King Ethridge Morris. He was predeceased by... View Obituary & Service Information

The family of Billy Wayne Morris created this Life Tributes page to make it easy to share your memories.

Billy Wayne Morris, 72, of Hot Springs, Arkansas went to be with...